This blog piece was first shared on the Full Frame Coach as a guest piece.

Liz Price, founder of Full Frame Coach, empowers women who feel marginalised to meet their leadership potential. Liz does this through coaching, mentoring and facilitation. You can find Liz on LinkedIn, @fullframecoach on twitter and facebook, @fullframe.coach on Instagram or www.fullframecoach.com 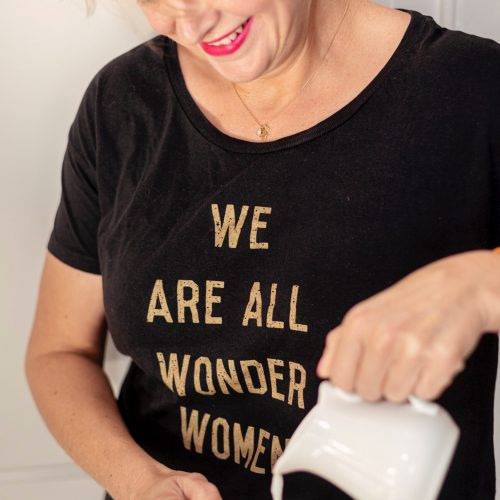 The Four Key Issues that Stop Us from Playing Big.

When I think about the conversations I have about confidence and imposter syndrome, about 99% of them take place with women. It’s not that men don’t experience self-doubt and question their ability and deservedness of their space or success, it’s just that it doesn’t seem to hold them back, terrify them or keep them playing small as much.

My name is Jane and I am the founder of Quiet the Hive. I’ve been recognised as an inspirational woman through the fentreprenuer #ialso100 accolades. My business was celebrated in the Small Business Saturday top 100 small businesses in the UK. My clients write to me to share the (sometimes “life changing”) impact they’ve had through my programmes and masterclasses. One of the things I’m often asked to do is to help women move past their inner critic. And yet I am a self-diagnosed sufferer of Imposter Syndrome.

My own inner work on the inner critic began (almost overnight) when I turned 40 and continued in a subconscious way over the next year or so. A combination of my Mum being diagnosed with secondary breast cancer, a marriage in which I felt like I was increasingly losing my sense of self, and a job I loved which enabled me to explore leadership and what that meant for women led to rather blunt sense of wanting to say “f*** that s***” to all the bits of my life in which I was held back. I didn’t want a life in which I felt ‘fine’. I wanted a life (my ‘one wild and precious life’ to quote Mary Oliver) which was extraordinary; and I set out to explore how I could get that for myself, and help other women to get curious about it too.

I set up Quiet the Hive and the flagship programme, Amazing Women Leaders as a direct result of a single week I had. I had run a number of coaching and mentoring sessions that week with women who were incredible. Women playing at the top of their game, senior leaders and influencers, all of whom I was in total awe of and every single one doubting her ability or ‘worthiness’ of the role she was nailing.

It broke my heart that these brilliant women were unable to see their worth because of the lessons society taught them or the way they were being treated through their roles or relationships; that they felt unable to shine on their own terms.

My flagship programme, Amazing Women Leaders (AWL), is designed for women who want to lead their lives from the front. As women we are brilliant at encouraging and supporting others to make brave choices, to see their value and in cheerleading; but we often struggle to doing it for ourselves. This programme allows a group of women to come together and explore what they want from their lives, what’s holding them back and how they are going to move forward, all held in the safe arms of a tribe who will challenge, champion and support them to achieve.

My cohorts have brought together women from a range of backgrounds and experiences. Between us we are married, single, divorced, gay, straight, mothers, or not, employees, self-employed, in the arts, in science, high earners, or otherwise. We are all different (but I would be remiss not to acknowledge the current lack of diversity in race), and dealing with different challenges in our lives. The differences are there, but my AWL alumni have a shared experience in feeling a sense of not being ‘enough’. Smart enough, clever enough, experienced enough, brave enough. Not enough.

Issues that come up time and again amongst the women I work with seem to come under the following headings:

I believe that these expressions of ‘not enough’ are often a key theme that holds us all together; whatever our background and experience. And as women we owe it to ourselves to help each other move past it. This is where we should collaborate and place the heart of our sisterhood. The believe that we are, all of us, enough. Just as we are.